What is your background? How did you get into creating electromagnetic radiation harmonising products?

My background started in the construction industry and many years of Building Biology dowsing experience, which is why I call myself an Intuitive Building Biologist. All my product development and knowledge was produced intuitively.

Being intuitive does not mean that science is ignored. On the contrary, intuitive processes fully involve scientific protocols of multiple testing, double blind testing, surveys of experiments to track and neutralize different types of EMF fields to produce, over time, statistical data to back up the results of whatever we are testing. Not just an ‘in my own mind it works’ attitude. No, everything we have produced we have given freely to other practitioners who also have the required protocols to test and prove that what we say and claim, we can harmonize. In addition, these practitioners can test that what we say actually exists as a stress to humans and can be neutralized, so that there is no longer any stress on the human body’s meridian system, especially.

How has Orgone Effects® evolved over the past 20 years?

We have evolved in many ways; most importantly is the greater understanding we have of human-generated radiation called Bioplasmic Radiation, and the effects of solar winds from the sun and planetary retrogrades on the earth’s crust which cause a Geoelectric field effect that in turn, produces a radiation charge that emanates up out of the ground to heights of up to 4 meters.

To my knowledge there are no other harmonizer or shielding manufacturers who have any knowledge of these fields, nor are they able to neutralize them. We have developed counter frequencies for Bioplasmic Radiation and Geoelectric Field Radiation in our products. These modifications to the product to neutralize the Bioplasmic and Geoelectric Field Radiation are some of the most harmful types of radiation to be found. 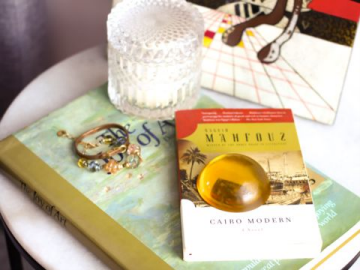 What is electromagnetic radiation and how does it affect us and our lives?

EMF is a positive charged field of various sources, that causes meridian and Bio-field stress, which then leads to organ stress. Everyone is affected by EMF and how they are affected depends on their general state of health, both emotionally and physically. Someone who is emotionally challenged can be affected more emotionally than physically. An example being someone’s heart meridian may be affected by being exposed to an EMF field, which is the physical effect, however the interference with the heart and heart meridian may then create an emotional stress of feeling depressed.

What was your initial vision for the Geoclense® and has that changed over time?

The first Geoclense® was developed in 2004 out of necessity for an efficient Electromagnetic Field (EMF) and Earth Radiation harmonizer for my consultancy work in Melbourne. It was very different to the 2020-model Geoclense® in that it only neutralised EMF, some Earth Magnetic Grid Lines and Wi-Fi.

The current Geoclense® is programmed to neutralise around 30 different types of radiation fields and looks completely different. The first Geoclense® we made was in a black ugly plug pack which was way too wide for the average power board. The green plug was a redevelopment of the black box to be more user friendly, especially when it comes to fitting in among other power plugs in a power board or a double power point.

What are some of your most popular products and why?

The Geoclense® and the new Stellar Dome® are our most popular products because of their ability to neutralise everything from electrical, 5G, Wi-Fi, digital TV, all Earth Radiation, all types of Bioplasmic Radiation and even excessively high solar wind effect on earth radiation levels. No other product is like it.

How are your products tested?

Harmonizers are tested against a real person, not a foam dummy. So, the modalities to test our products are Kinesiology, such as Total Body Modification (TBM), or

Applied Kinesiology. Bioresonance equipment such as Mora or Bicom from Germany is also a good way to test.

Traditional scientific tools such as a Biotensor developed by Dr. Josef Oberbach, or the Lecher Antenna developed by famed Austrian physicist Ernst Lecher, are also used to test our harmonizers. The Lecher instrument which is used for medical application, is specially adapted to allow a physician to obtain information on a patient’s state of health often thought as inaccessible (such as specific stressors like Electromagnetic, Geopathic/Geoelectric and Bioplasmic stresses).

We have been the first harmonizer manufacturer to fully understand how integrated the above testing modalities are for being a benchmark for testing any type of EMF harmonizer or system. This is necessary because you cannot assess the effectiveness of any radiation harmonizer with an RF meter.

What are your three tips for creating a healthy home?

1. Have a Geoclense® Home & Workplace Harmonizer &/or a Stellar Dome® in your home.

3. Be emotionally well and happy. 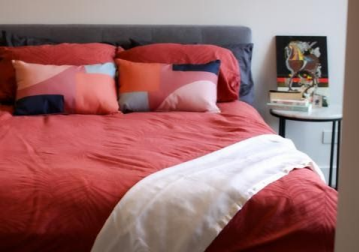 What are your three tips for creating a healthy workplace?

1. Have a Geoclense® Home & Workplace Harmonizer &/or a Stellar Dome® in the workplace.

2. Learn to get along with your colleagues no matter what the situation. Because disharmony in the workplace can create big Bioplasmic fields which directly affects productivity and quality.

3. Have a dust and mould-free workplace. “Our testing proved that a Geoclense in a building neutralised the 5G charge 100%, and wearing a Personal Pendant or Ener-Band, or having a Dome Mobile Phone Protection Devices – Are they all safe?

How do you test the effectiveness of Mobile Phone Protection Devices? How do they actually work? Today on the blog we will answer these questions,